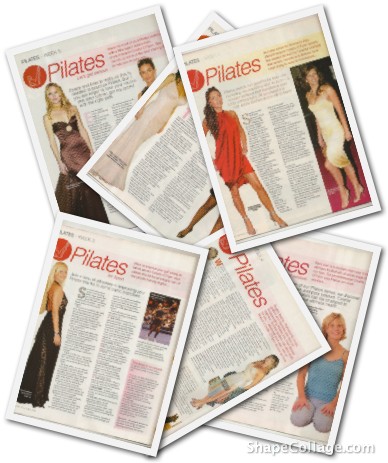 MBT footwear is said to improve your posture, help you tone up and burn extra calories. However, some medical professionals are warning that they're not for everyone. HÃ©lÃ¨ne Hofman reports.

Cherie Blair has a pair, so do Madonna and Angelina Jolie, and about one million pairs are sold every year. In the space of just a few years MBT physiological footwear has become a best-selling product both here and abroad. Since they were introduced to Ireland three years ago, 100,000 pairs have been sold. This year alone MBT Ireland expects to sell 70,000 pairs.

MBT - Masai Barefoot Technology - footwear was developed in Switzerland in the 1990s. According to the company it was inspired by the Masai people of East Africa who walk barefoot, have good posture and rarely suffer joint or back ache.

The shoe has a thick, curved sole which is designed to mimic the gait of the Masai. It encourages the wearer to shorten their step, activating dormant muscles and burning more calories. It is also reported to give joints extra support and improve posture.

"Since we started selling them it's grown in leaps and bounds and most of their success is down to word of mouth. We've done very little advertising until recently," says Noel May, managing director of MBT Ireland.

May was suffering from back problems when he purchased a pair of MBTs in the UK. He was so impressed with the results that he decided to bring the product to Ireland. MBTs are now available in selected pharmacies, sports shops and gyms around the State for â‚¬199-â‚¬239 and they come with an instruction booklet and DVD. 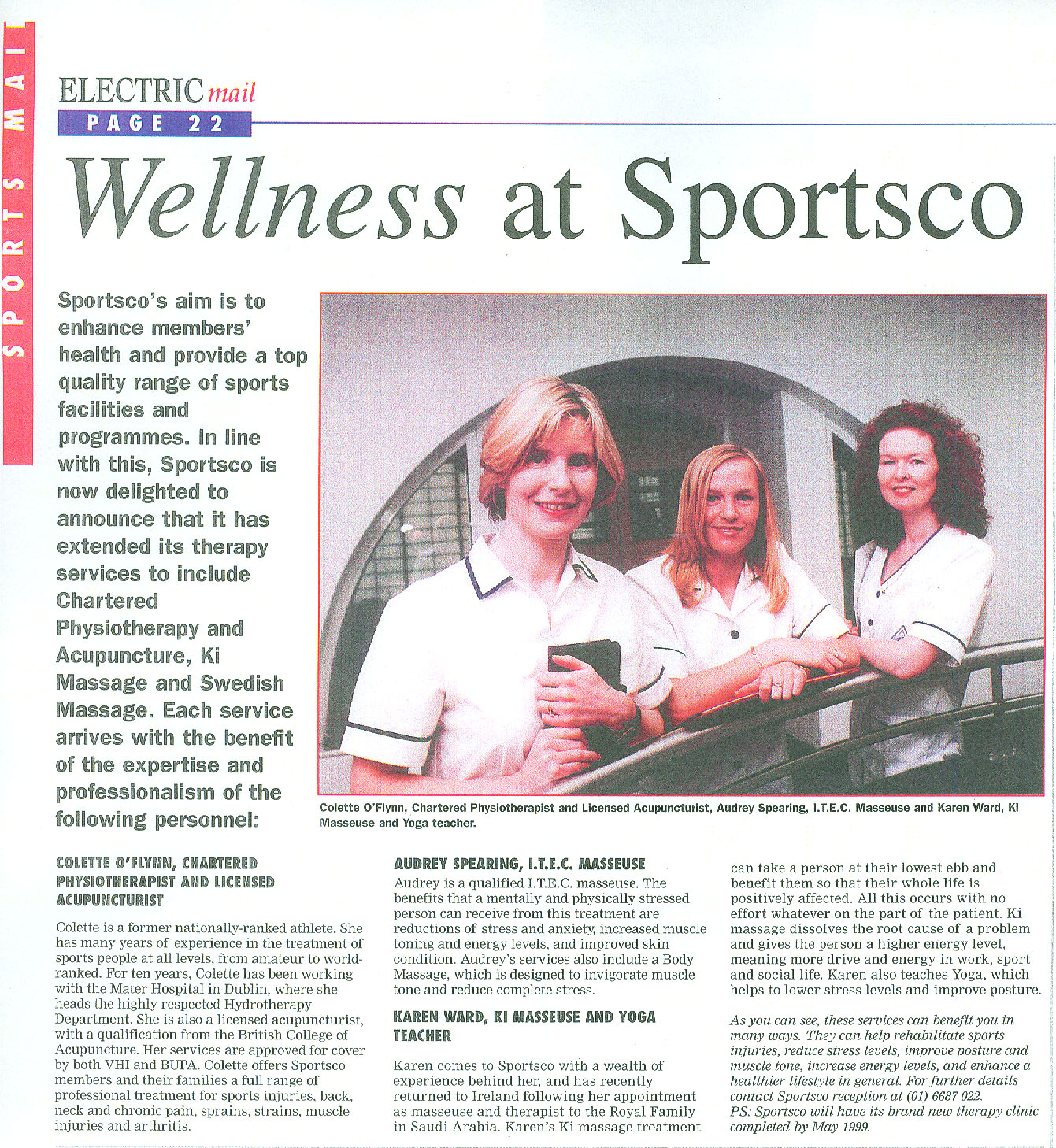 "There are two categories of people who use them. Initially it was mostly people who had an issue like a back or knee problem who needed them. Now the bulk of customers just want them, either as a preventative measure or to burn extra calories and that is really just a side benefit," he says.

May says MBTs reduce the pressure on knee and hip joints by up to 20 per cent. Wearing them uses leg and abdominal muscles more intensively when walking and the buttock muscles are worked out by up to 9 per cent more. Other benefits are said to include improved co-ordination, circulation, core stability, flexibility and endurance. Hip, back, leg and foot problems are also thought to benefit.

"Most people say they love them. There is a very small number of people for whom they may not work," says May. "These would be [ because of] very specific neurological problems but they would recognise this as soon as they put the shoes on. MBTs induce natural instability and if you had balance problems you wouldn't be able to use them," he says. "You have to take into account that you're in effect using 20 per cent more of muscles and ask yourself is that a good thing or a bad thing for you."

However, a number of physiotherapists in Britain and Ireland say that using MBTs can create a problem or aggravate an existing one. Ruth Magee from the Irish Society of Chartered Physiotherapists (ISCP) says it's important to find out if MBTs are right for you.

"People have been asking me about MBTs for a few years now and I think recently there has been a fallout. At least anecdotally, there are physios who are saying to avoid them and people who are suffering side effects," she says.

"The shoe is based on the concept of what's called a rocker sole. The rocker sole is nothing new, it's been around for years. Traditionally it was prescribed in a medical environment and was mainly for people with stiff ankles, stiff feet or fusions after surgery on the ankle or foot," she explains.

"Your normal walking pattern or walking gait has three phases. First, your heel strike, then the foot is flat and then you push with the toe. With the rocker sole you touch the ground just once in the middle of the foot and people are now running into problems wearing them . . . They are complaining of Achilles tendon problems. The other problem with a healthy foot is that you're not using your toe joints like normal and it may stiffen up," she says.

"They've been marketed so aggressively as the shoe that does everything, but the research behind them seems to be scant," she says. "MBT sales people say they get rid of back pain but that's only if it's the type of back pain that needs an increase in the ankle curve. There are different types of back pain. For example, some people find that wearing high heels helps the pain, others find that it makes it worse. MBTs are being marketed for everyone, but you need to know why you're wearing them. They may not be right for you."

Magee says the heavily cushioned heel offers good shock absorbency. However, although they may feel comfortable initially, it is only after a period of time that changes will take place and problems may arise.

"People are wearing them all the time and that's when it can aggravate a problem or create one. It's not appropriate for everyone. I would only recommend them to about 1 per cent of my patients," she says.

If in doubt, she recommends getting a biomechanical physical assessment from a chartered physio who can examine your alignment, spinal movement and look at any stiffness to decide how MBTs would affect you. "Unfortunately, the research isn't there to say don't wear them but it isn't there to say do either. It has to be done on a case-by-case basis. That's not easy for the public to take because they want a wondrous shoe. But they have to work out if this is really for them," Magee says.

Colette O'Flynn, a pilates instructor and chartered physiotherapist, has recently bought a pair of MBTs and agrees they're not for everyone. "As a physiotherapist it wouldn't be the first thing I would recommend," she says. "I'd look at a rehabilitation programme first, see how that goes and then maybe consider them. I have heard certain clients report that it aggravated existing knee conditions," she says.

O'Flynn says the shoe requires good balance, and wouldn't be suitable for older people, anyone with biomechanical problems or women in the latter stages of pregnancy, who might find it difficult to use them. However, she recognises there are benefits to using them as an exercise aid.

"A lot of people were asking me as a pilates teacher and so I bought a pair myself to see what they were like. They're extremely comfortable. The cushioning is incredible. You have to concentrate and you do have to work on using them. Initially it's tiring, you use all kinds of muscles you wouldn't usually, and you build up gradually," she says. "You really need to be fit and well to wear them and you need to be sure they're fitted to you properly.

"If you have an understanding of core muscle training you will get more out of them because you'll understand what you're trying to do . . . I have some reservations about the claims that are being made - I don't know if they really will help cellulite as some people say, but they do work out your gluteal muscles more and make your legs work harder.

"You will still have to exercise though and they won't fix a back problem on their own," she says. 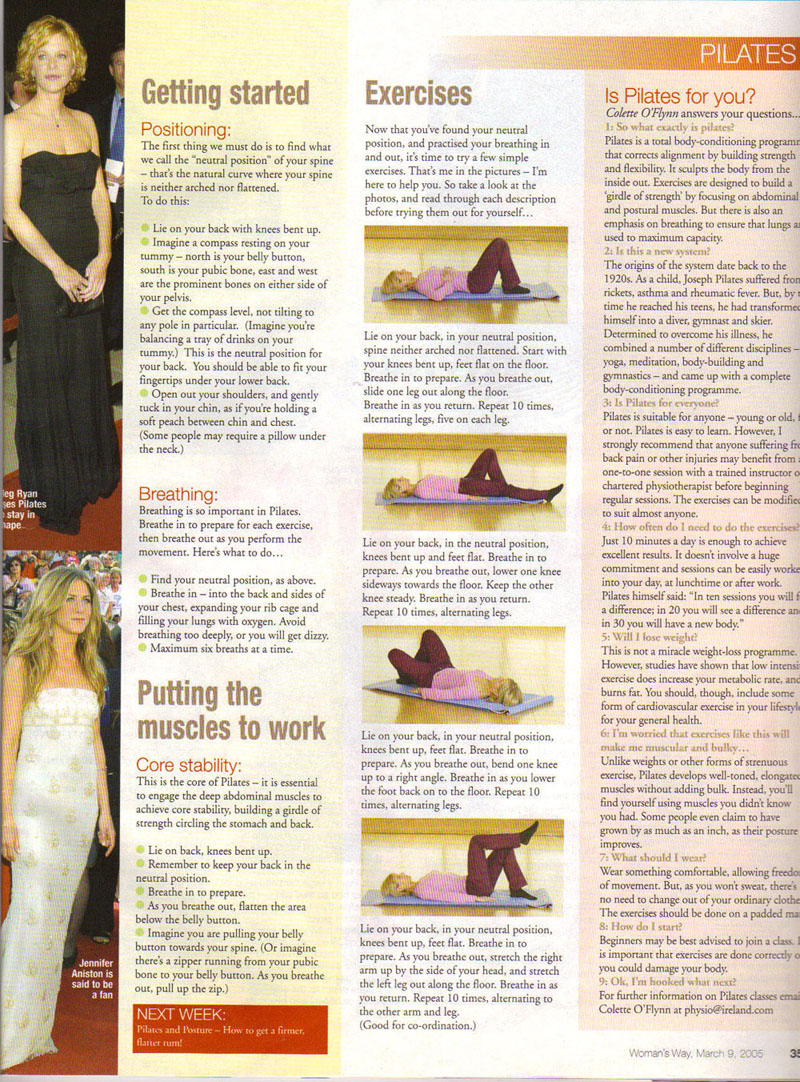 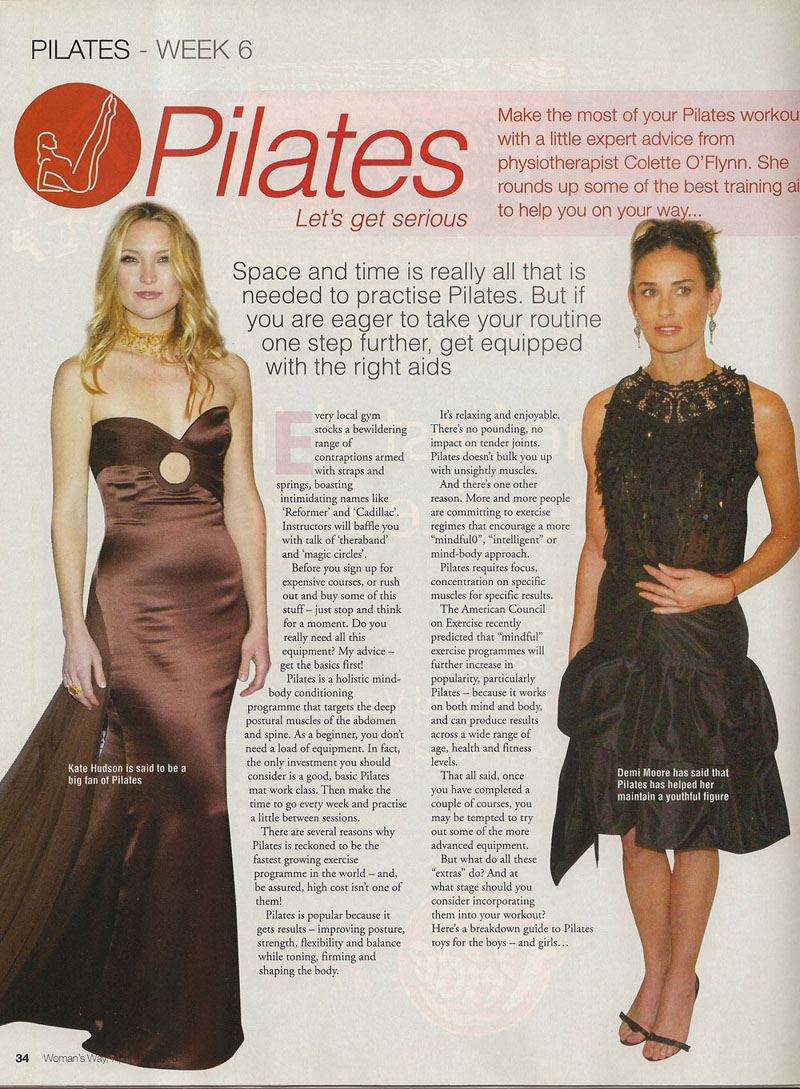 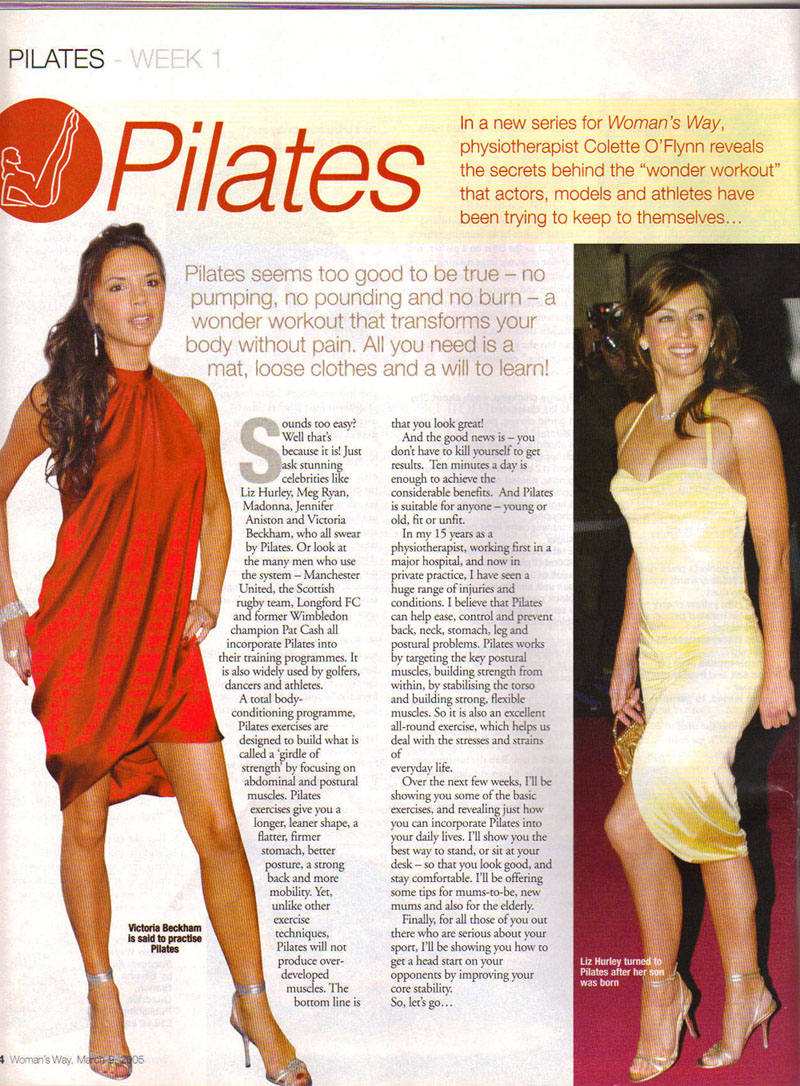 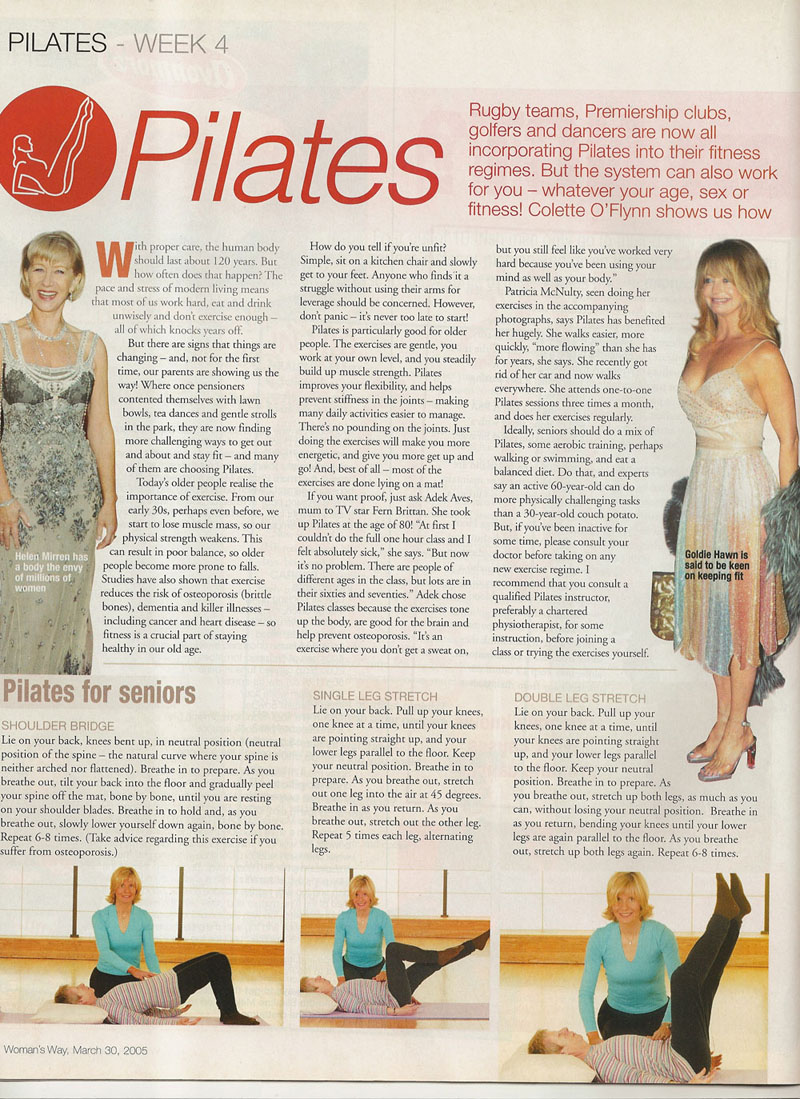 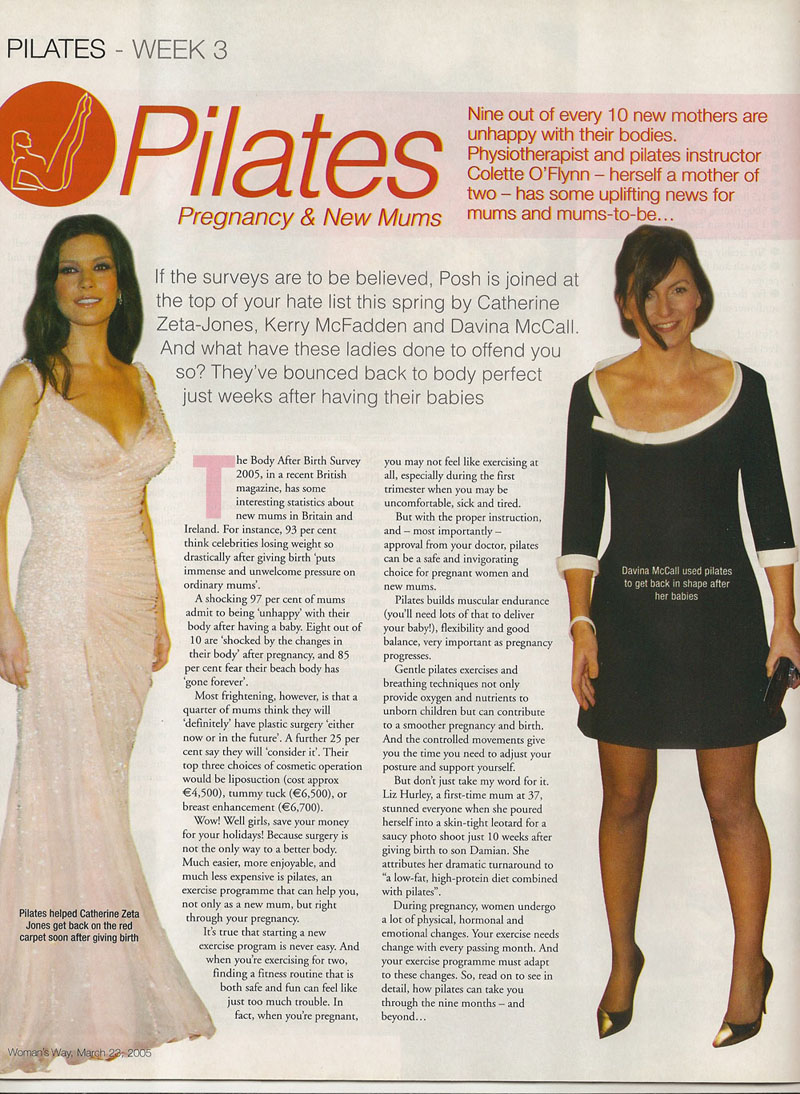